Started in 2004, Will Smith Zoo School is a fully licensed preschool and the largest nature based preschool in the United States. The school uses nature as the integrating thread tying together the school’s philosophy, methodologies, classroom design and outdoor spaces.

The San Antonio Zoo partnered with Lake|Flato Architects to design an adaptive reuse of an existing old building they acquired to transform into the home of the Will Smith Zoo School. They knew from the beginning that they wanted to go for LEED Platinum certification, the highest level of sustainable construction. They chose Big Sun Solar to design and install rooftop solar in a place that was not only optimal for solar generation but was visible to the eye so it could be used as a learning resource for the students on campus. 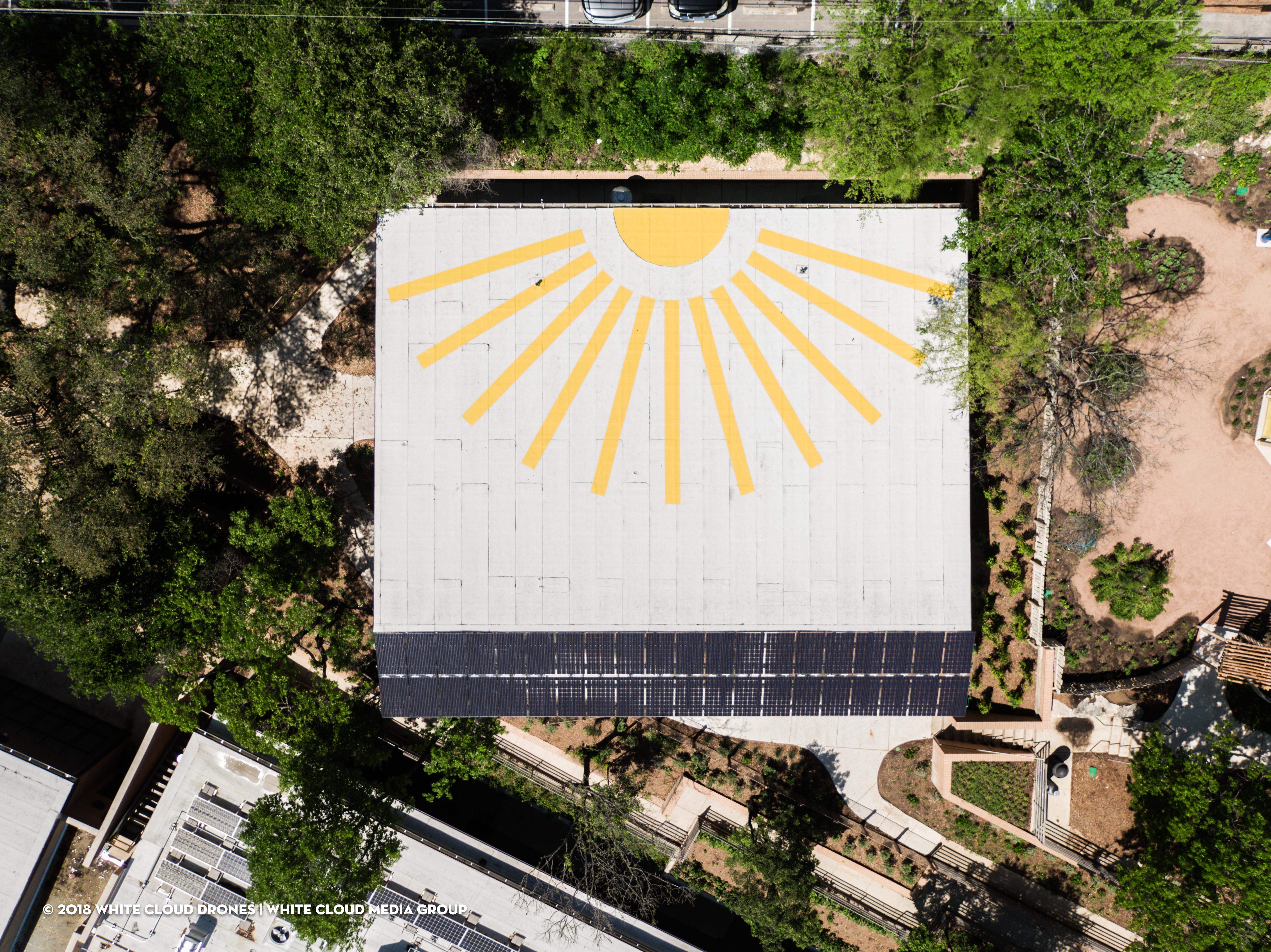 Our preschool is the first campus to have LEED platinum certification in the United States and only second in the planet. Big Sun Solar and Lake | Flato were really involved, integrated and invested in this project and they can all be proud of what we were able to accomplish here with us.