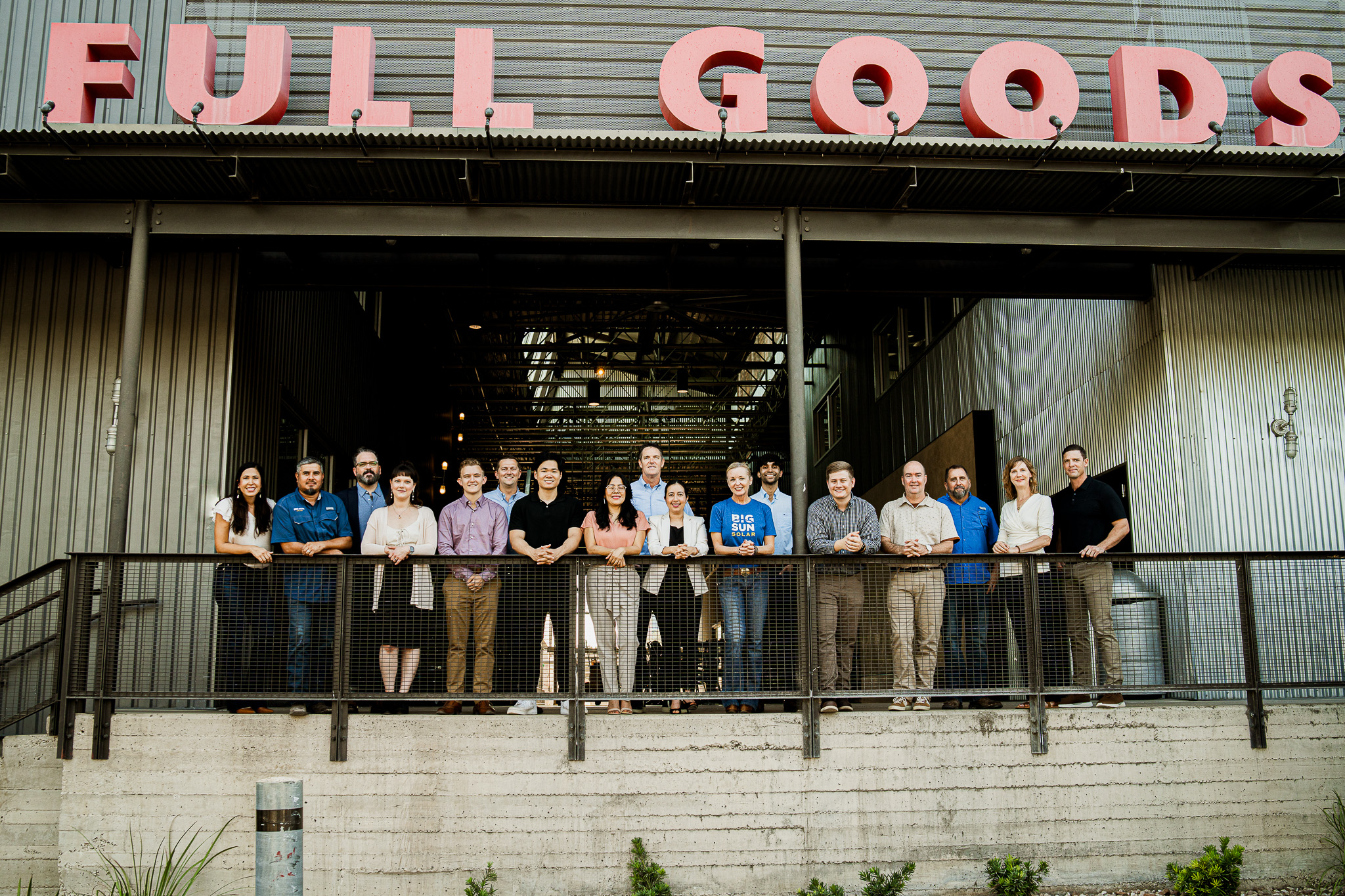 The Big Sun Solar team members share a passion for building a renewable future. Our team brings dozens of years of experience in solar energy, technology and engineering and more importantly, our employees are empowered to do the right thing.
‍
We work with organizations like Venture for America and Students and Startups to bring meaningful jobs to San Antonio. Our 1% pledge encourages our employees to give back to our local community. Together, our team strives to lead in environment and community stewardship. 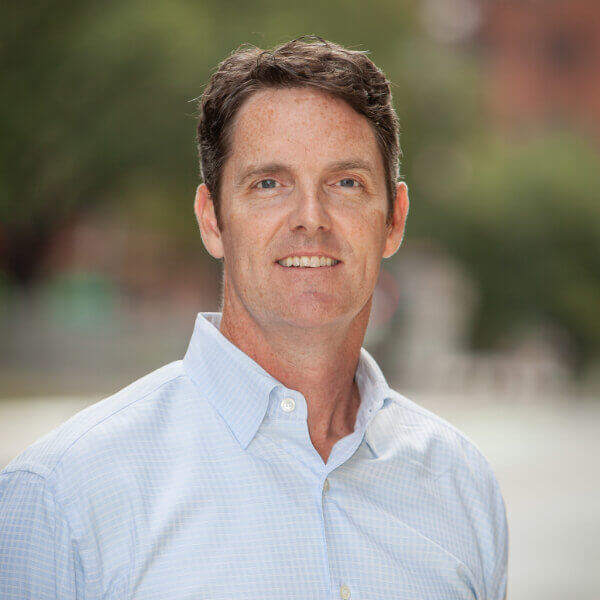 Robert co-founded Big Sun Solar to be a part of the future of energy. He believes moving to more renewable energy is not just the right thing to do, but it creates opportunities, jobs and growth. Prior to founding Big Sun Solar, he spent 15 years in executive leadership roles at high growth web hosting and cloud computing companies - first at Rackspace as Vice President Sales and Product Development and then at Peer1 Hosting as Senior Vice President Business Development. He holds a BA in economics from Washington and Lee University and an MBA from the McCombs School of Business. A native Houstonian, Robert lives in San Antonio with his wife and 4 kids. He made the smart switch from being a Rockets fan to a Spurs fan back in ‘99. His timing on other things is rarely that perfect. 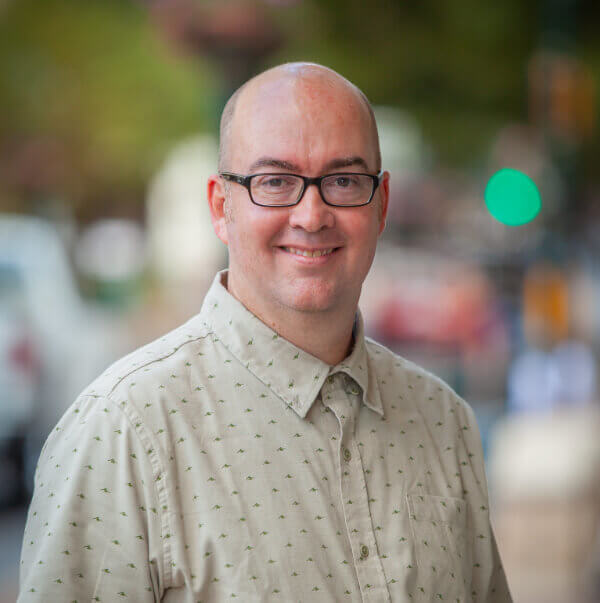 Jason co-founded Big Sun Solar in an effort to help utilities deploy more distributed energy resources using innovative business models. Solar energy should cost less, have a positive user experience and benefit both the customer and utility company. Jason’s 18 years of clean energy and solar PV experience ranges from large utility scale systems and distributed commercial system to the development and execution of utility programs. Jason has previously served as Vice Chairman for Solar San Antonio and currently serves as a Board Director for the Texas Energy Poverty Research Institute (TEPRI) where he tries to leverage solar PV to lower energy burdens in low income communities. He holds a BS in engineering from the University of Texas and a MS degree from the McCombs School of Business. Jason lives in San Antonio with his wife and two children where they hike in the local green spaces and look forward to taking over the downtown streets during SiClovia. 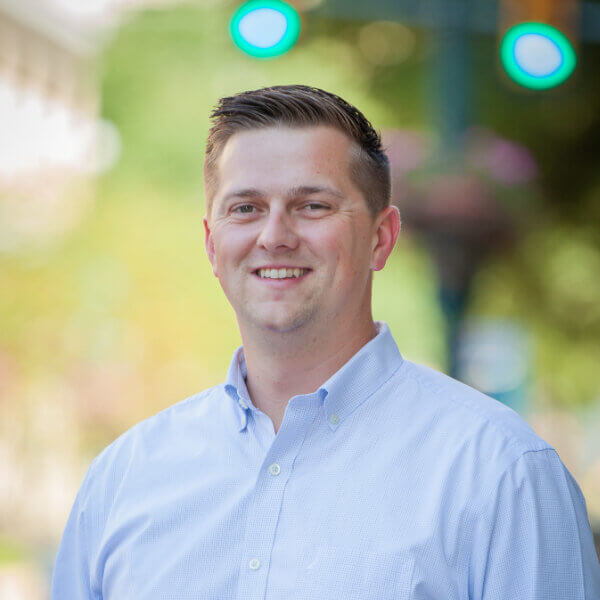 Andrew joined Big Sun Solar in hopes to change the way solar energy is purchased - transitioning from a sales process to an educational process. Andrew started in the solar industry in 2009 when there were 39 solar installations in San Antonio. He has been a part of the growth to over 20,000 solar installations throughout the city. His diverse experience in PV ranges from non-profit solar policy and advocacy work, commercial sales and operations, to utility scale programs. He received a Bachelors of Science in Environmental Science from The University of Texas at San Antonio. Andrew currently lives in San Antonio with his wife, two kids and their two golden retrievers. 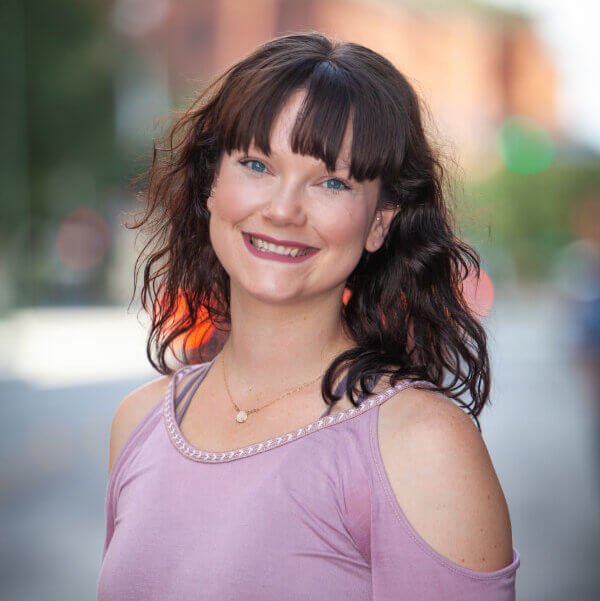 Kaitlynn, a native Texan has called San Antonio home since 2007. Her interests include art, singing and antiquing. She is also an avid animal lover and has 5 dogs and 2 cats. After graduating from UTSA in 2012, she began her tech career working for Apple Inc., which led her to San Antonio’s downtown tech district, where she eventually met the Big Sun Solar team. Today she works for them as the Office Manager, supporting the HR, accounting, and IT needs of the company. 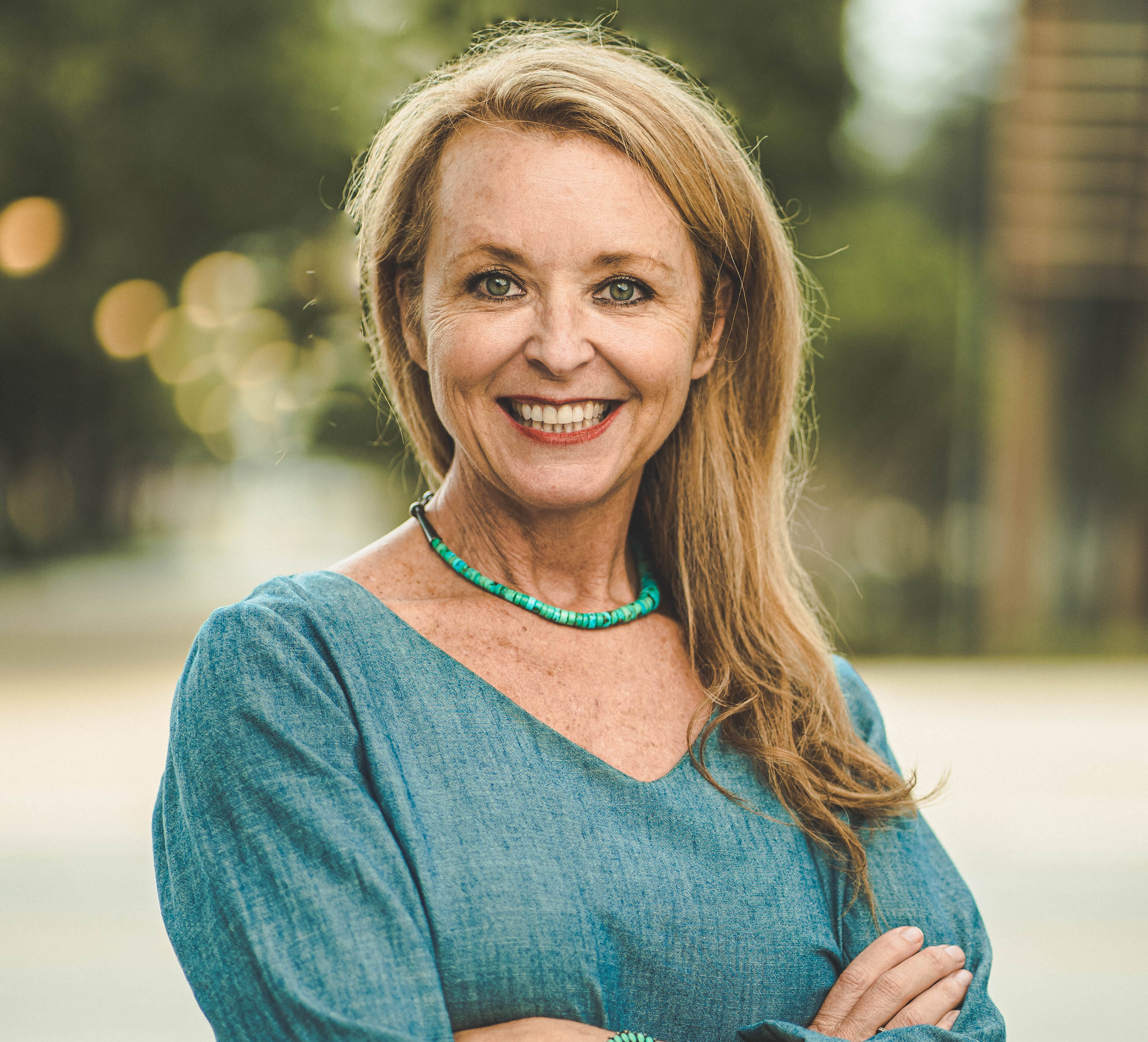 Shelbi started in the renewables industry in 2009 working on the first fully LEED hotel in San Antonio, the Holiday Inn Sea World. She transitioned to a luxury green home builder where she became truly passionate about all things sustainable. In 2014, Shelbi realized a dream and opened her own business, Sustain, helping home and business owners become more energy efficient with commercial solar being the primary focus. Sustain sold over 20 megawatts (MW) of solar with a large portion of that being in San Antonio. With San Antonio ranking #5 in the nation for solar energy capacity and #1 in Texas for solar within city limits, Shelbi is proud to have been a part of that monumental accomplishment. She proudly joined Big Sun Solar in 2021 as she felt their passion and ever growing approach in helping to bring solar to a much broader and diverse audience matched her own. Shelbi grew up in Shallowater, Texas and attended Texas Tech University. She currently lives in San Antonio and has a daughter and 2 grandchildren and her 14 year old cat named Ollie. 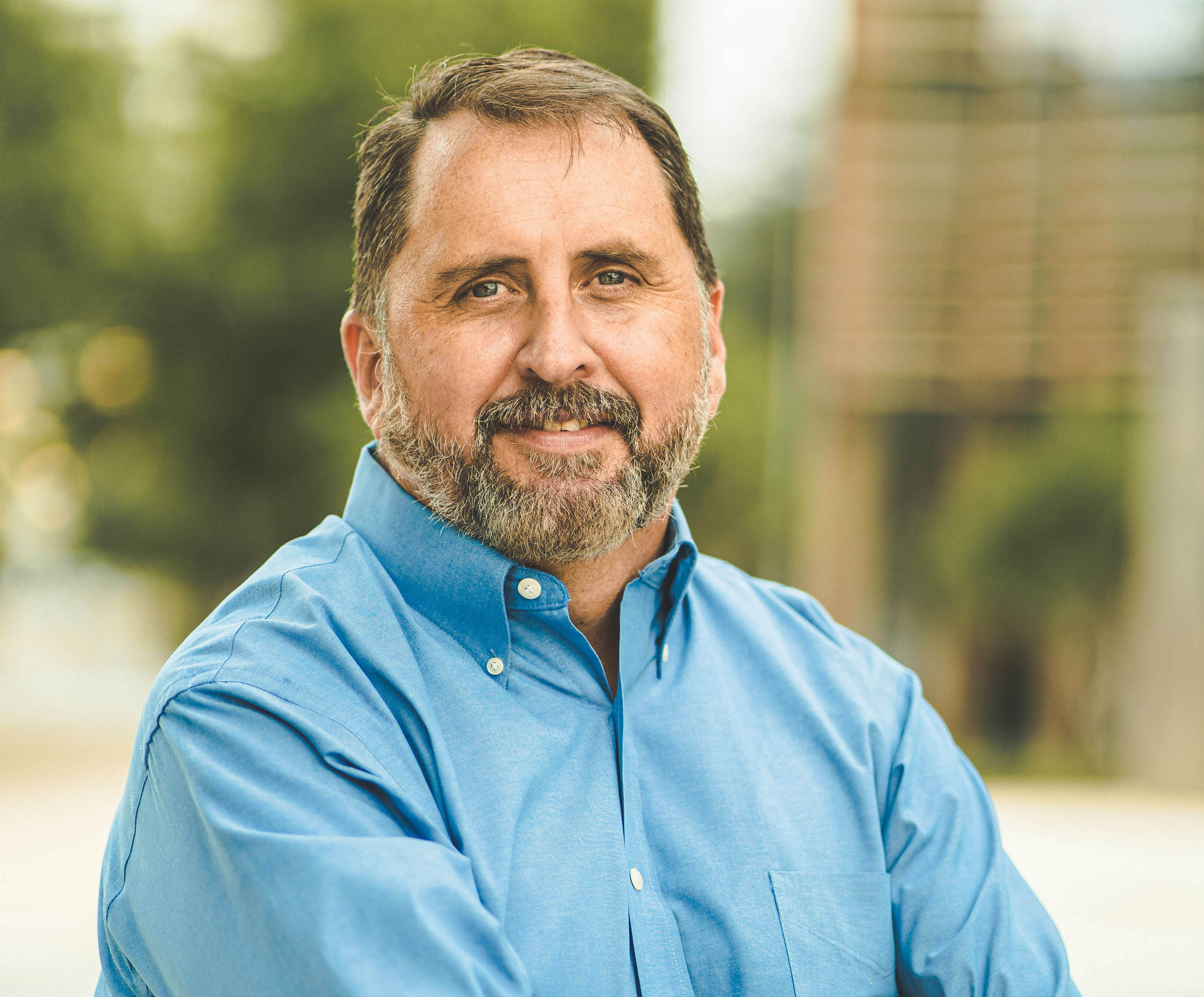 Charlie works to bring businesses and neighbors satisfaction by designing and managing solar PV layouts so that they can maximize their clean energy use. After ten+ years of solar project managing and field work, he found his new home at Big Sun Solar in 2019. With 25 years of electrical experience, a State Licensed Master electrician, and a NABCEP Solar PV Installation Professional®, Charlie has been having fun managing construction on Big Sun Solar projects all over San Antonio and neighboring areas. He resides in San Antonio with his wife, two children and their dog. He loves family road trips, anything outdoors, and Mountain Dew. 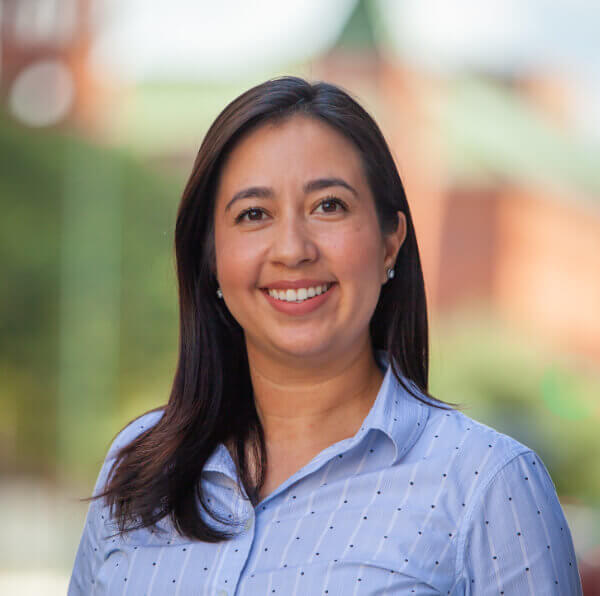 Fanny Garrison is a solar designer with a passion for sustainability. She has spent her career advancing solar energy in San Antonio in both residential and commercial solar, and has found a home at Big Sun Solar making renewable energy accessible to all San Antonians. Fanny is a native of El Paso, TX, and Ciudad Juarez, Chihuahua, Mexico, and has called San Antonio home for 13 years, having completed her Bachelor of Science in Architecture at the University of Texas at San Antonio. Outside of work, she has fun with her husband, son, and stepdaughter, along with five dogs and a tortoise! 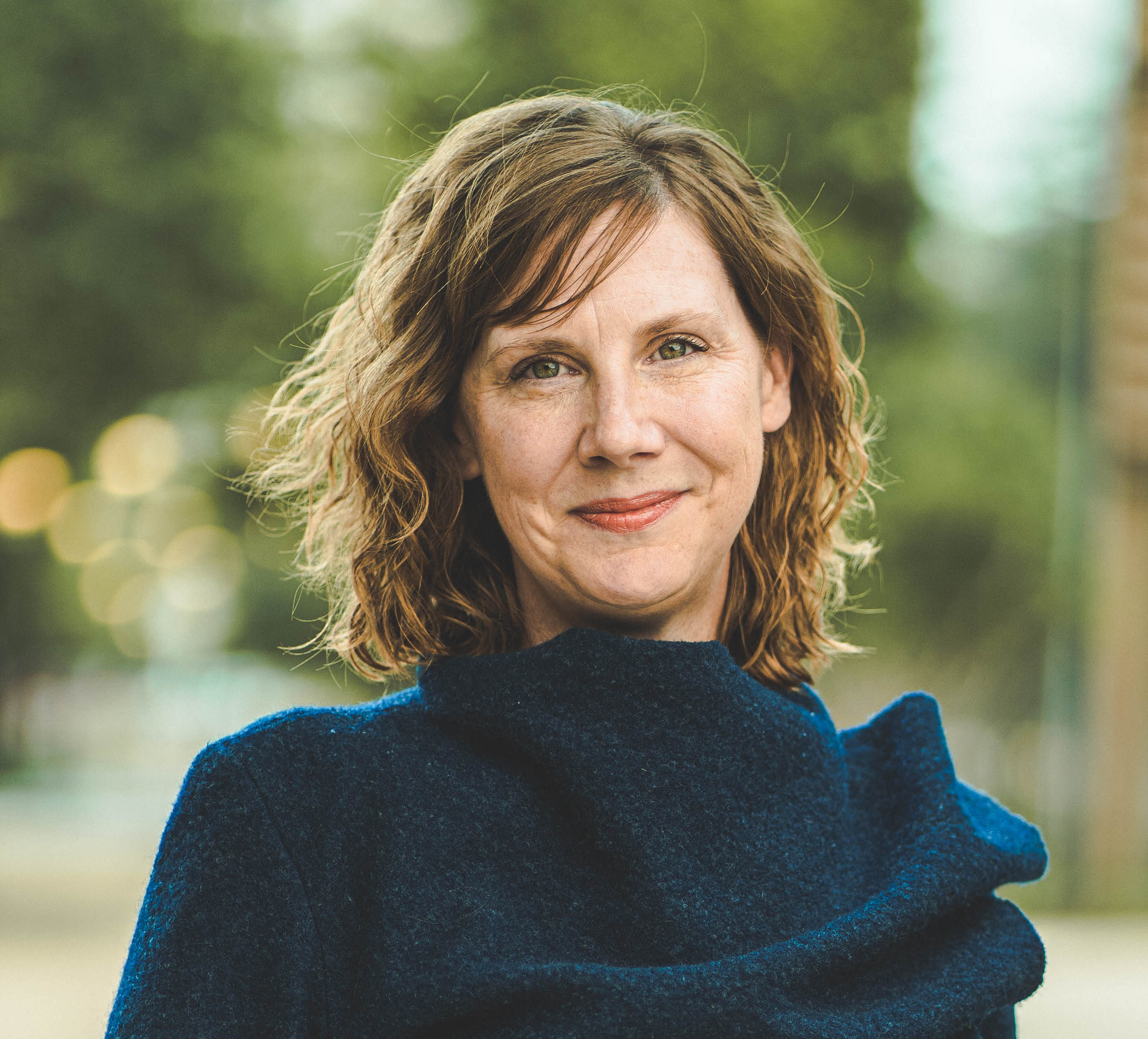 Katherine is honored to help our Texas neighbors, businesses, and utilities access cost-effective, clean energy as part of the Big Sun Solar team. She brings more than 15 years of experience consulting as an engineer in the power and energy sectors. A licensed engineer, Katherine is a numbers nerd who excels at performance modeling, technical and economic design optimization, and technical communication with diverse audiences. She has led cross-functional teams across organizations to successfully execute projects from research and initial feasibility through commissioning and startup. Katherine served on the Board of the Texas Solar Energy Society (TXSES), a statewide educational nonprofit that promotes equitable access to solar energy for every Texan, for four years and served as Board Chair in 2020. She holds an engineering degree from Texas A&M University. A native Texan, Katherine lives in Austin and travels to the Big Bend as much as possible. Don’t tell Austin, but she continues to fall in love with San Antonio and it’s rich history each time she makes the drive down I-35. 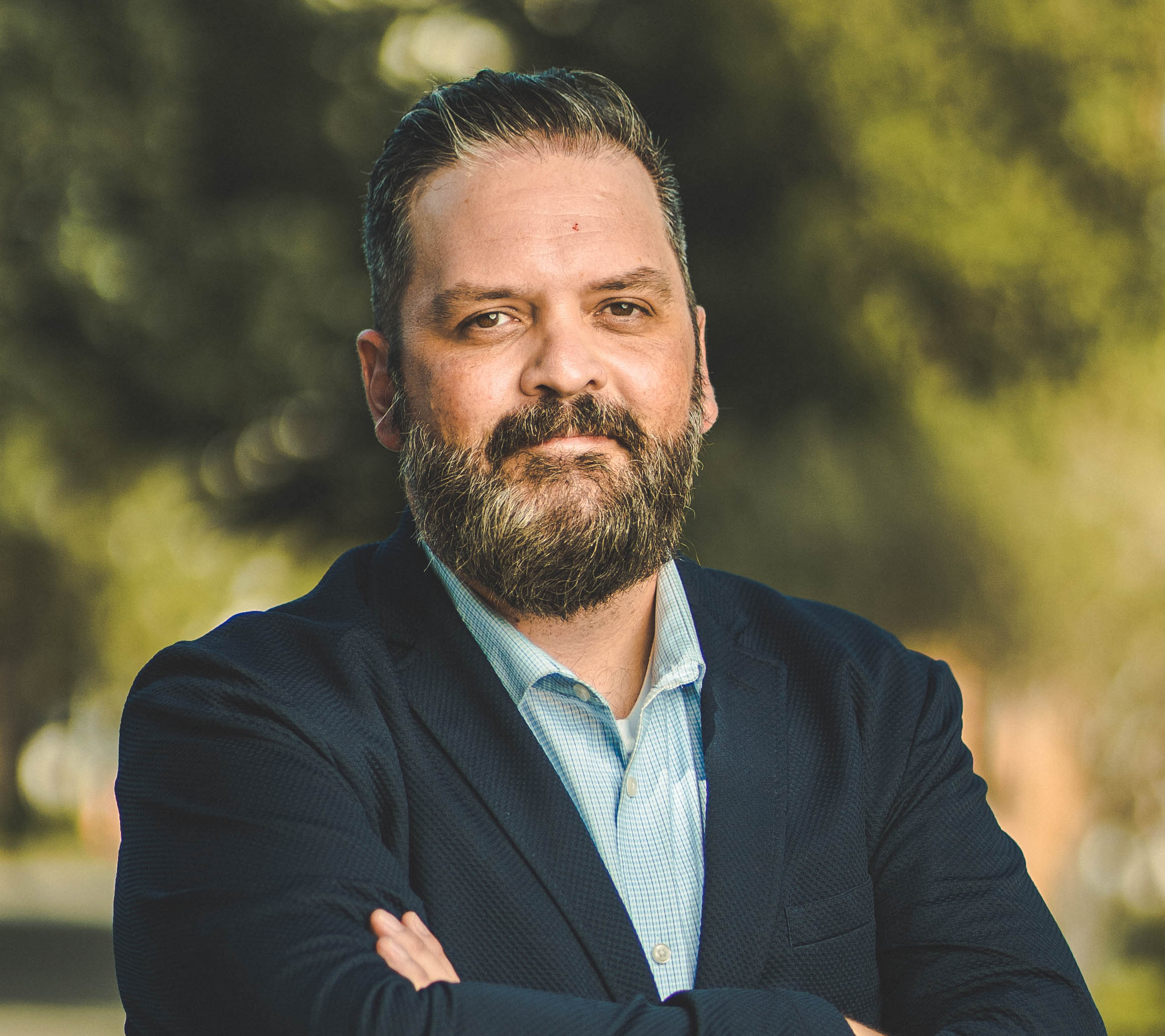 Brian is an accomplished leader who has led and inspired retail teams and business operations for leading global brands. He found his leadership niche at a high level when he made an industry leap from Apple Inc. to the non-profit world. Brian is a multi-talented professional with expertise in change management, problem solving, and planning.

As a community leader, he has developed strong partnerships, and initiated action to successfully meet goals. He has a strong sense of devotion with a focus on community in the nonprofit sector, environmental issues and the digital divide.

Brian loves San Antonio, Texas and he enjoys time with his wife, 3 kids and 2 dogs. In his free time he enjoys exploring San Antonios expansive trail system and parks. 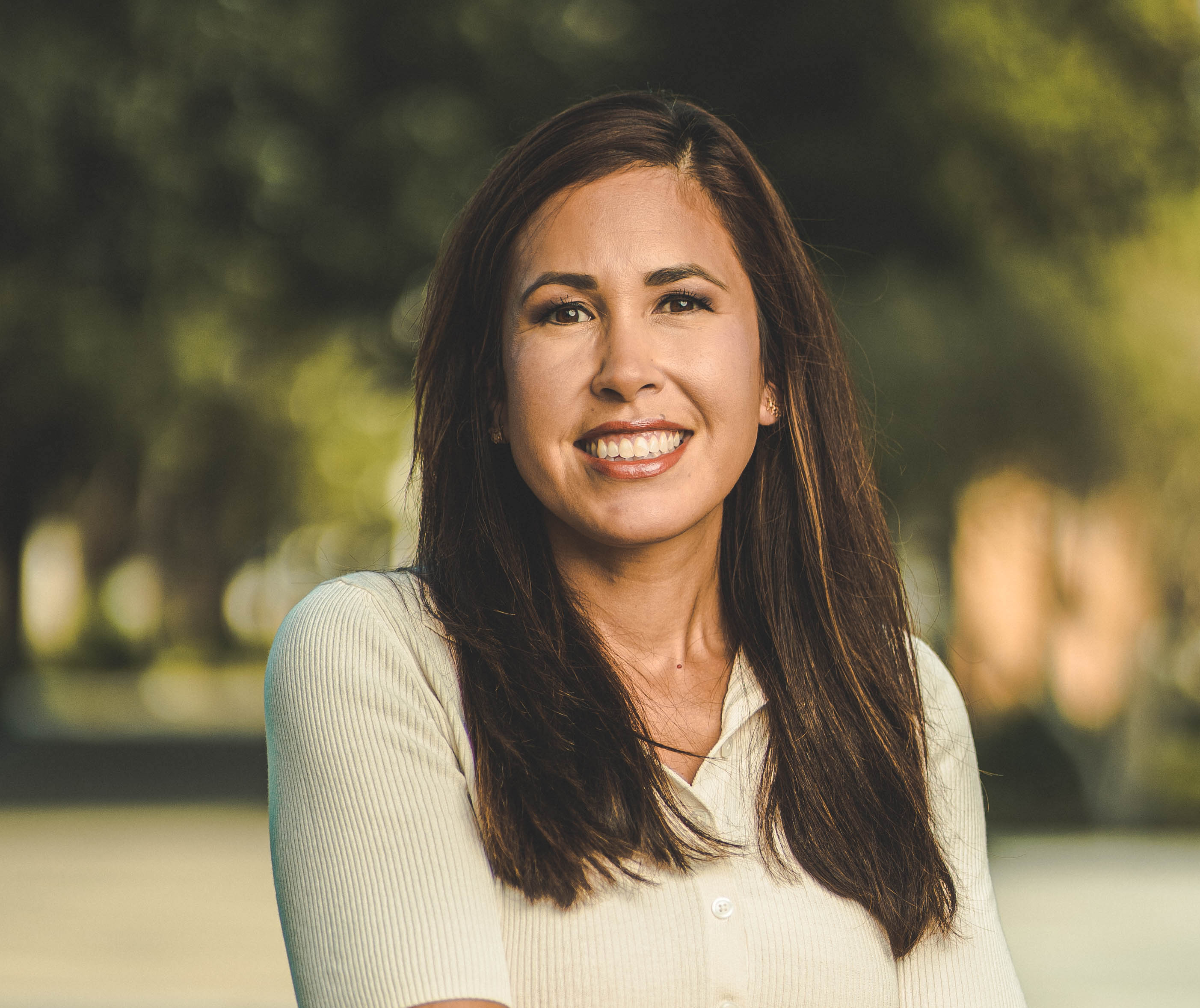 Director of Marketing and Communications

Angela has over 18 years experience in the technology industry, working for companies like Rackspace, PEER 1 (now Aptum) and Scaleworks. She has launched countless marketing campaigns for brands big and small through digital and traditional channels. She approaches marketing with a balance between the creative and analytical mindset, from developing brand narratives to implementing metrics and measuring performance. As a San Antonio native, she is passionate about bringing innovation to San Antonio and has a desire to do meaningful work that will translate into a better future for the San Antonio community.

Angela has her BBA in Management with a concentration in International Business from UTSA and resides in inner city San Antonio with her husband and 3 kids. She enjoys cooking, gardening and running. 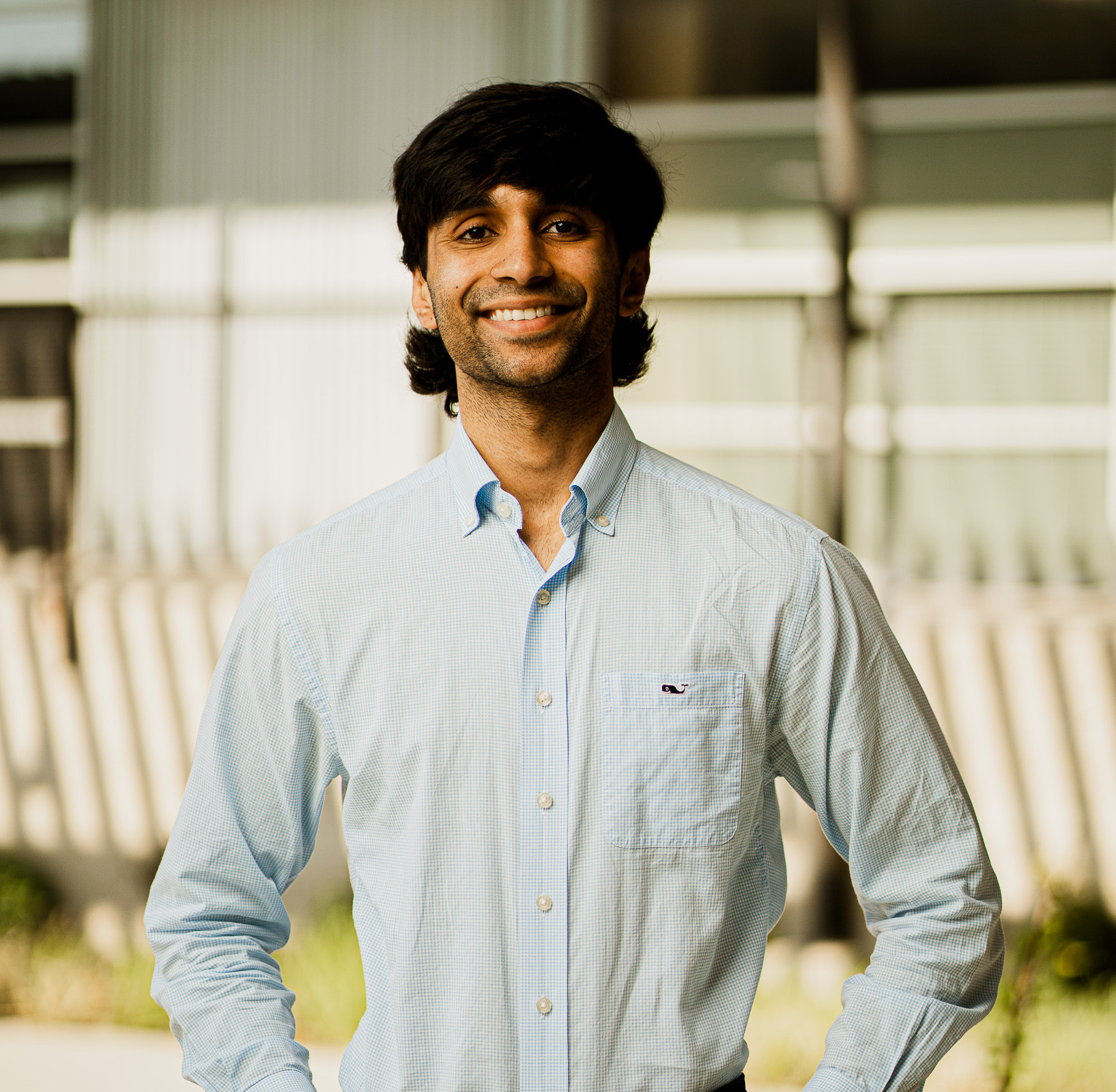 Kush came to Big Sun Solar through Venture for America. He received his Bachelor of Science in Computer Engineering at the University of North Carolina at Chapel Hill. Kush has an entrepreneurial spirit and has started many different ventures throughout  his academic career. If not coding, Kush can be seen in the kitchen. Fun fact: He has baked his own bread for over a year and half as opposed to buying store bought bread. 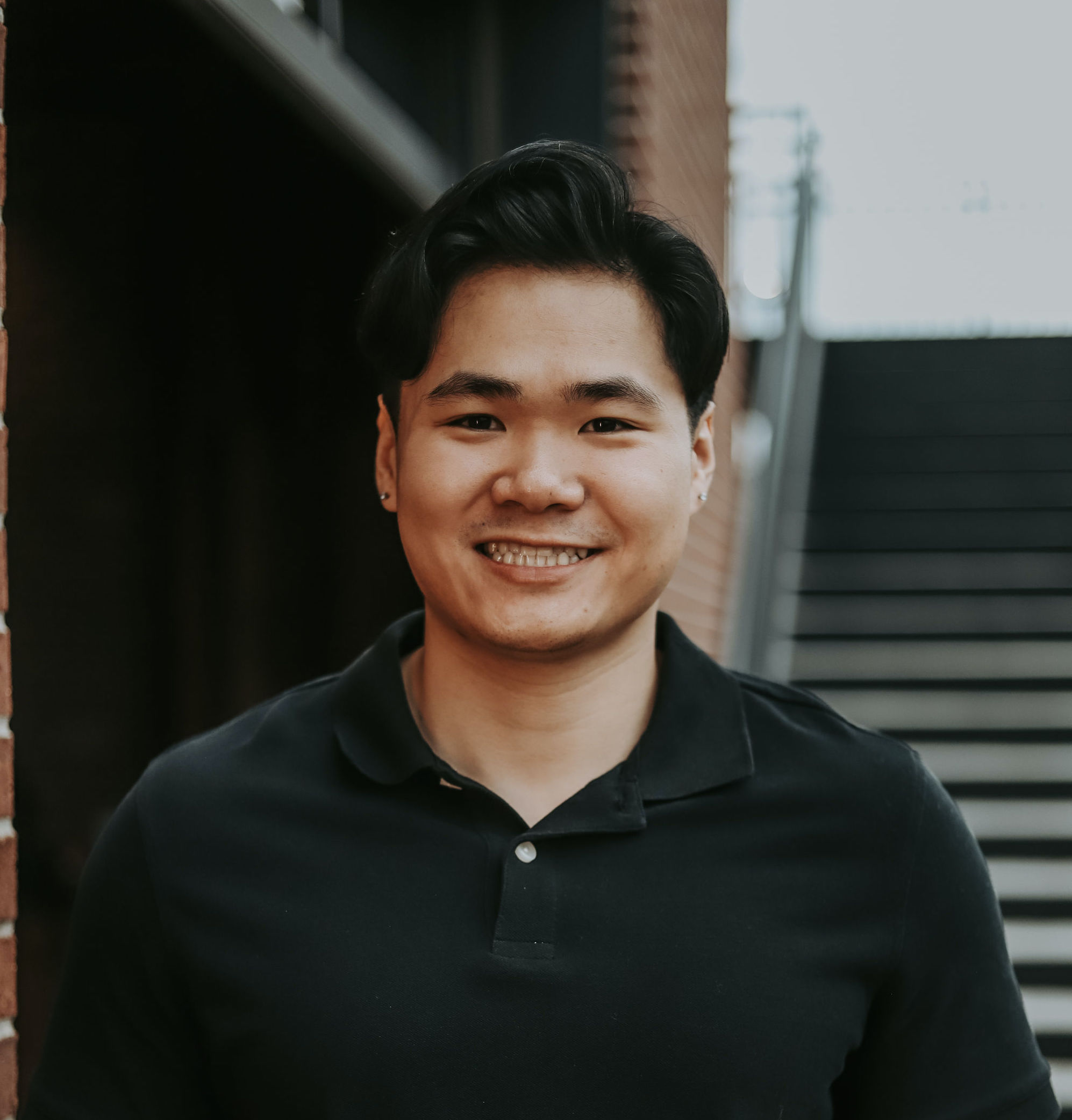 Raymond is a 2020 Venture for America fellow who is originally from Los Angeles. After graduating from UCLA in 2020, he moved to San Antonio to join Big Sun Solar as a software engineer. In his free time, he enjoys going to the gym, hiking, cooking, and playing basketball. 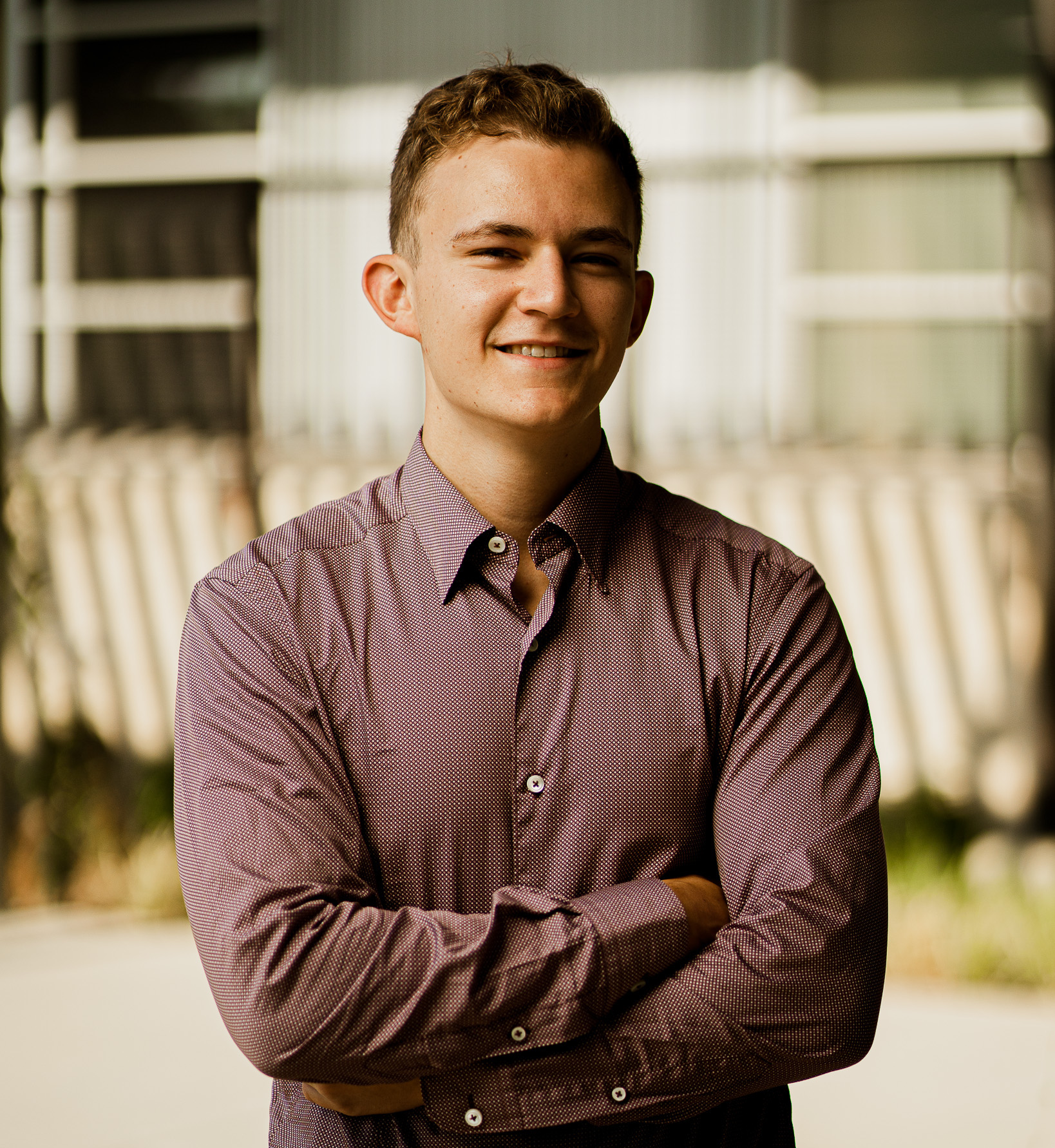 Nathan joined Big Sun Solar through the Venture for America program. He earned his undergraduate degree in Economics with a concentration in Poverty & Inequality at St. John’s University in New York. He has 2 years experience as a data analyst and 2 years doing public policy research. Never previously been to Texas, Nathan joined Big Sun to help fight against climate change. 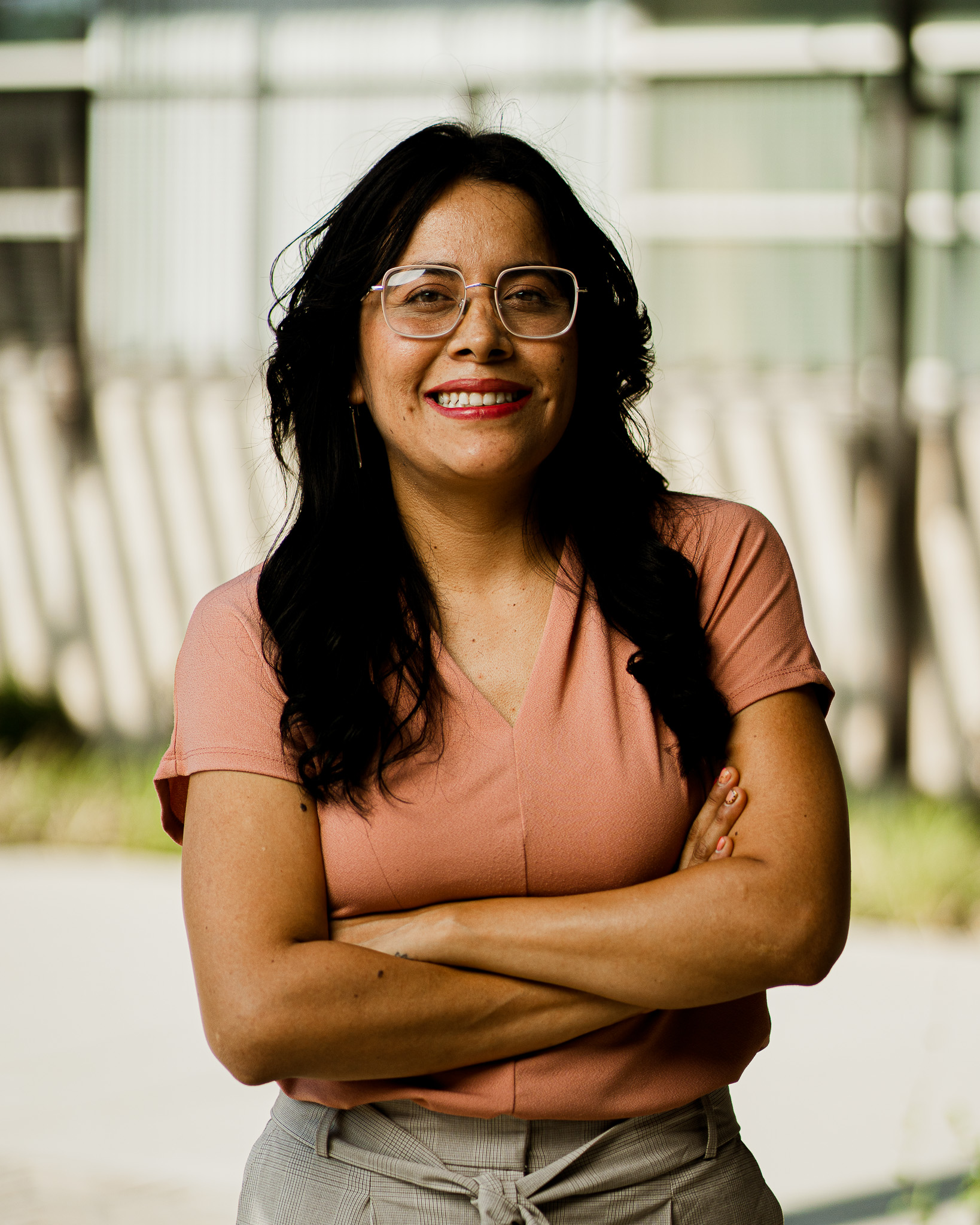 Paty received her BS and MS in Architecture from the University of Texas in San Antonio. She has been solar design for over 5 years. She joined Big Sun Solar in 2022 because she believes in their mission to save the planet. 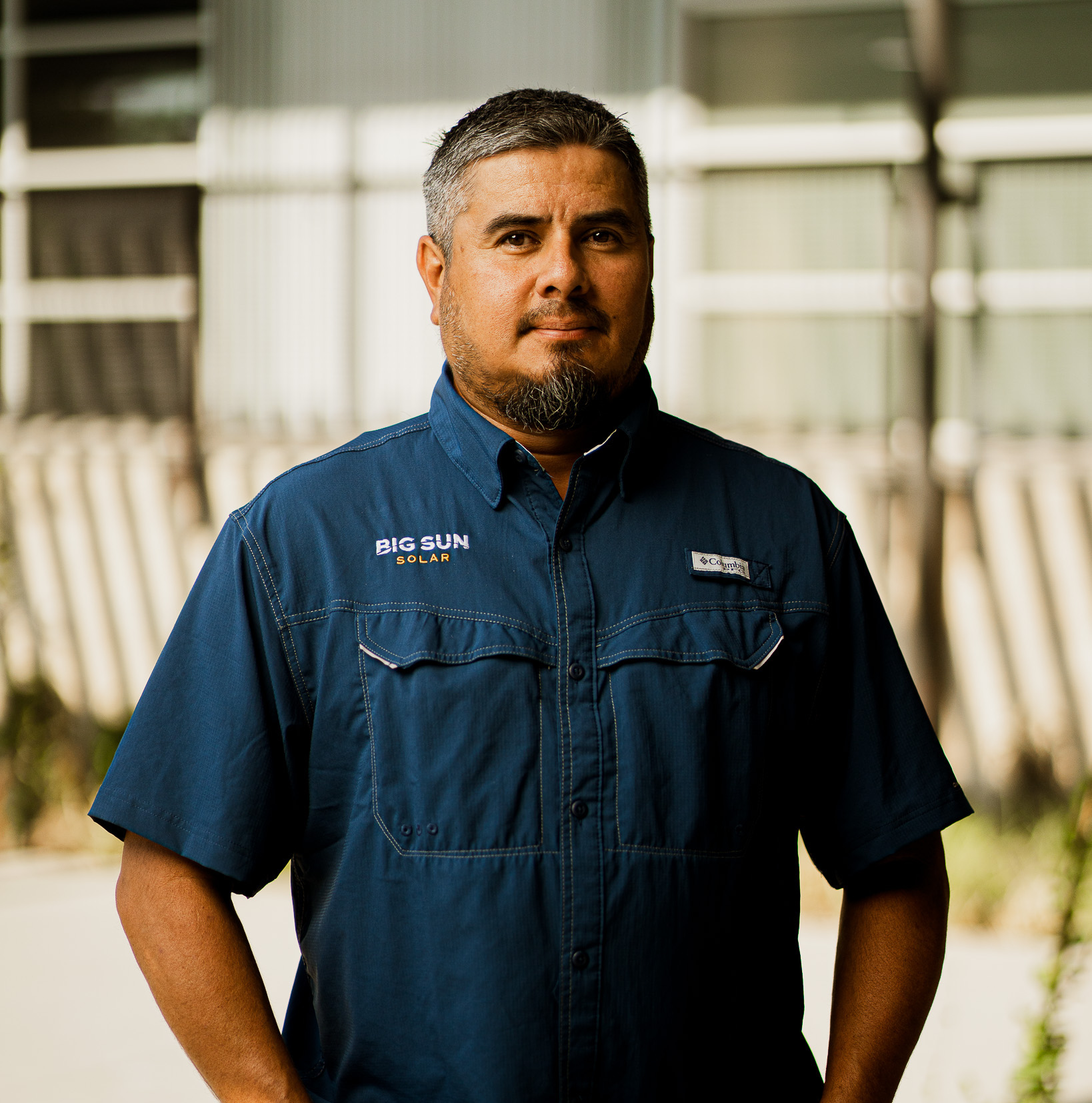 James has over 20 years of experience working in the solar industry. He joined Big Sun Solar to transition from residential solar to commercial projects. Certifications include Journeyman Electrician license and has completed his OSHA 30-hour training. 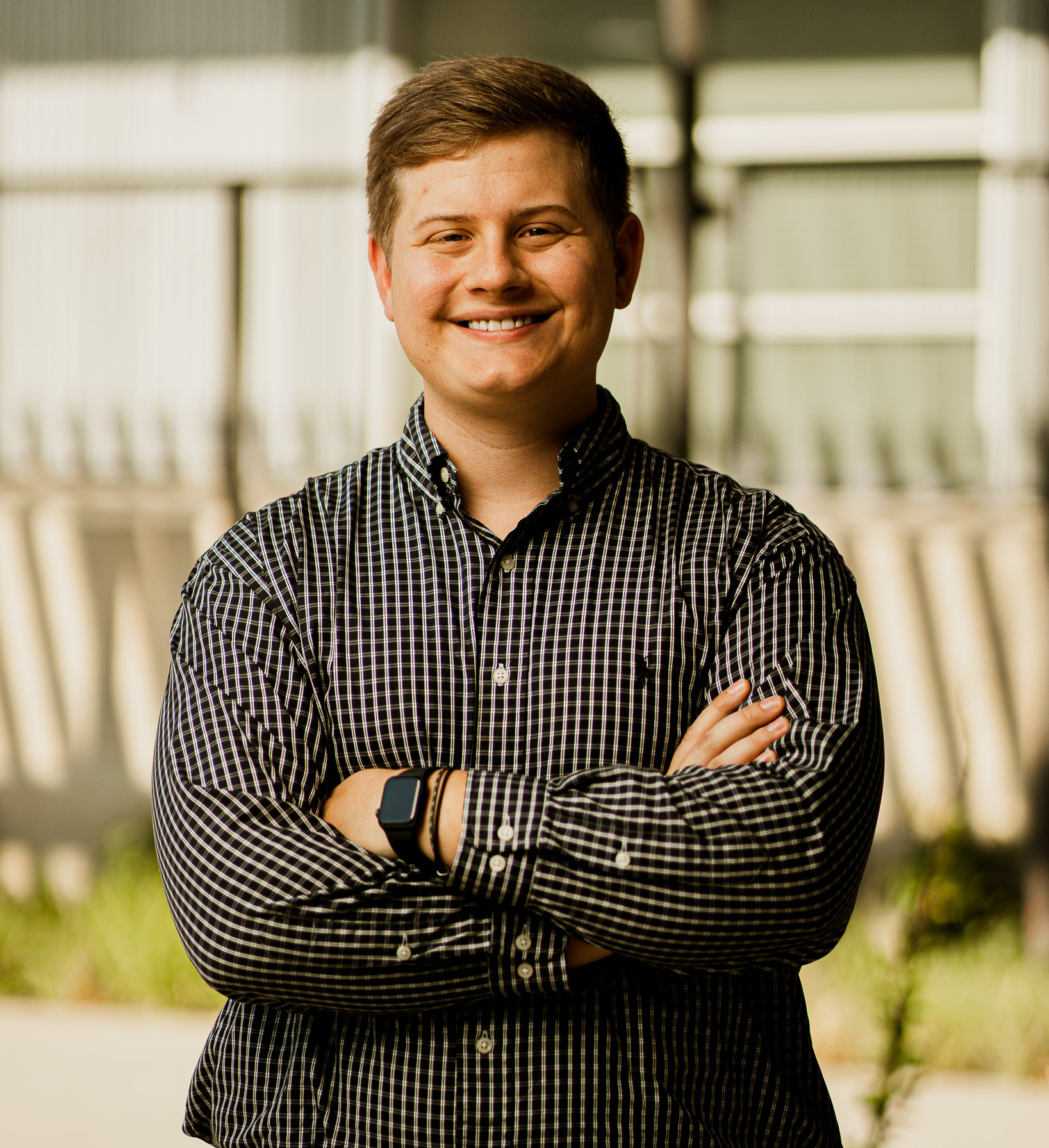 Patrick has his Bachelor in Mechanical Engineering from Auburn University. He joined Big Sun Solar because he’s excited about renewable energy and wants to be a part of building the future of energy and protecting our planet. He’s a big college football fan, likes camping, fishing, hiking, and really doing anything outside with his girlfriend and dog. 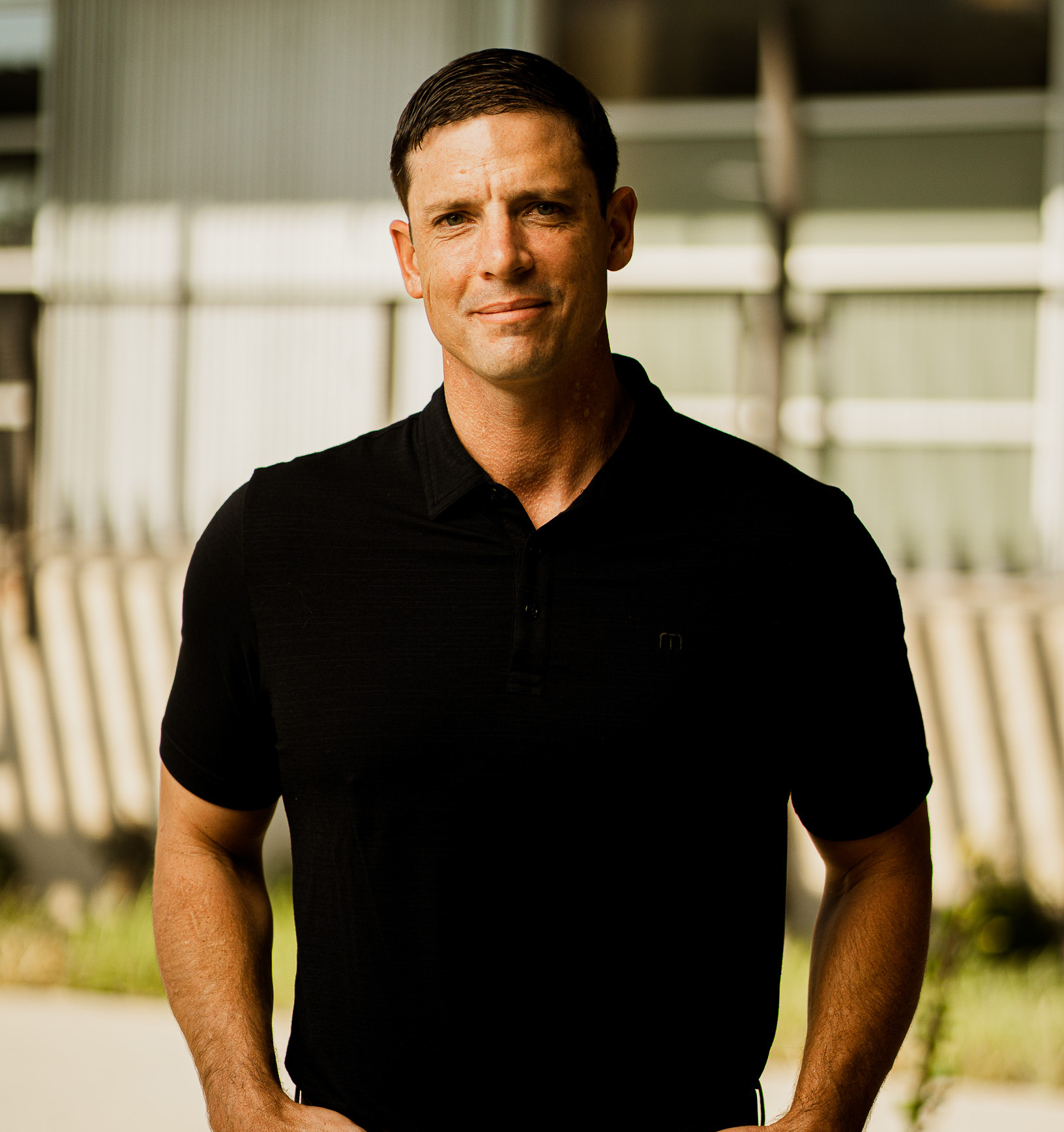 Originally from Hondo, Texas, Eric has spent most of his career working with Texas ranchers and farmers. He got into the solar industry a few years ago and joined Big Sun Solar to help bring awareness of the benefits of solar to businesses in rural areas.